On first approach it is immediately evident that the building has tremendous civic presence. The newer building has a different language to the old and is clad in a white machine cut brick over a dark brick base, thus helping to reduce the combined scale of the two buildings. The scale is not out of keeping with historical stone built warehouse buildings close by. The white brick facade, punctured by large glazed openings, is divided horizontally into bands with variously aligned dogtooth patterns enlivening the surface and being, in the architect’s words ‘reflective of the rugged nature of the area.‘

The building is accessed from phase 1 and is essentially rectangular in plan form and is set at an angle to the phase 1 building, the wedge shaped gap between the two infilled with a single storey cafe space at the front and two storey structure behind. This single storey element further helps to make the phases read as individual, though connected, blocks. The building is largely naturally ventilated with a northlight roof over the main sports hall. 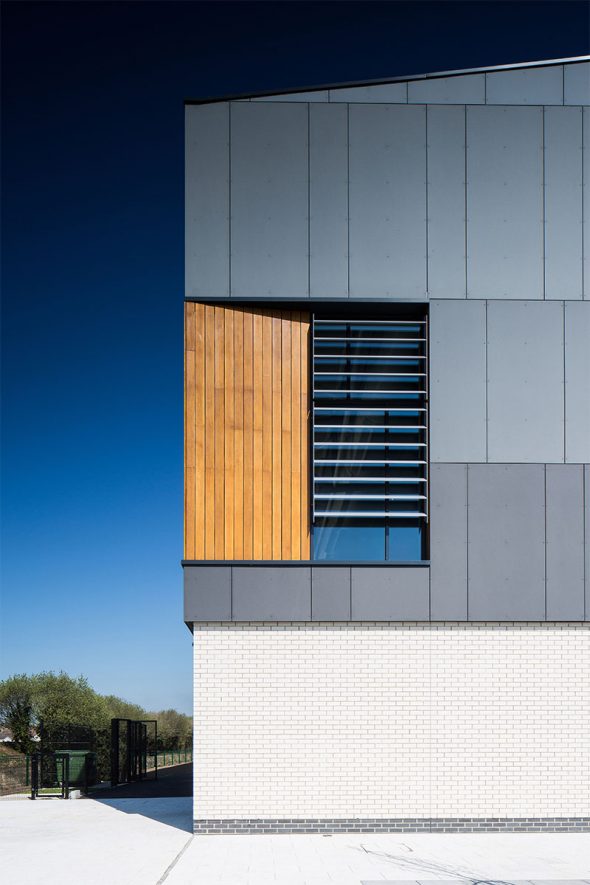 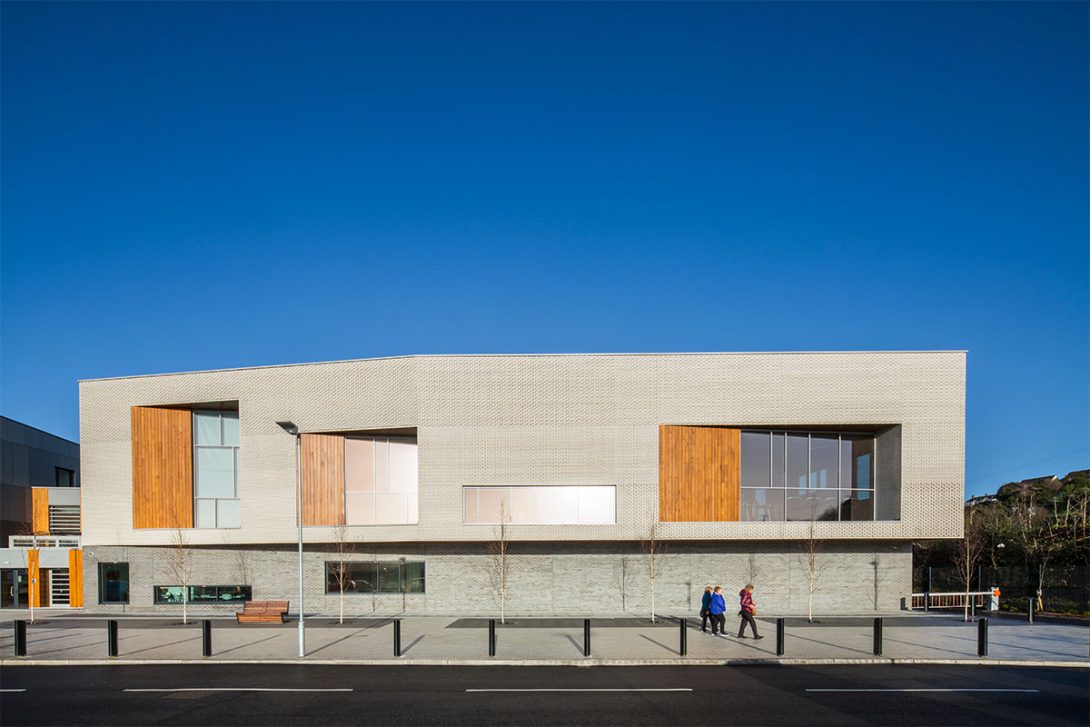 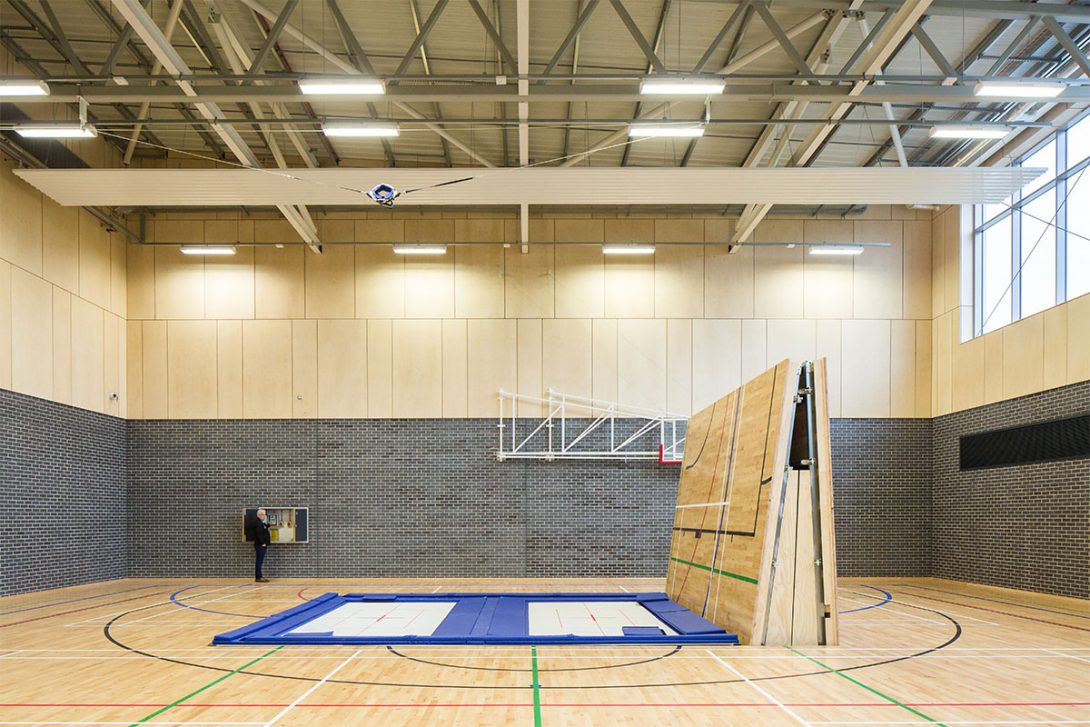 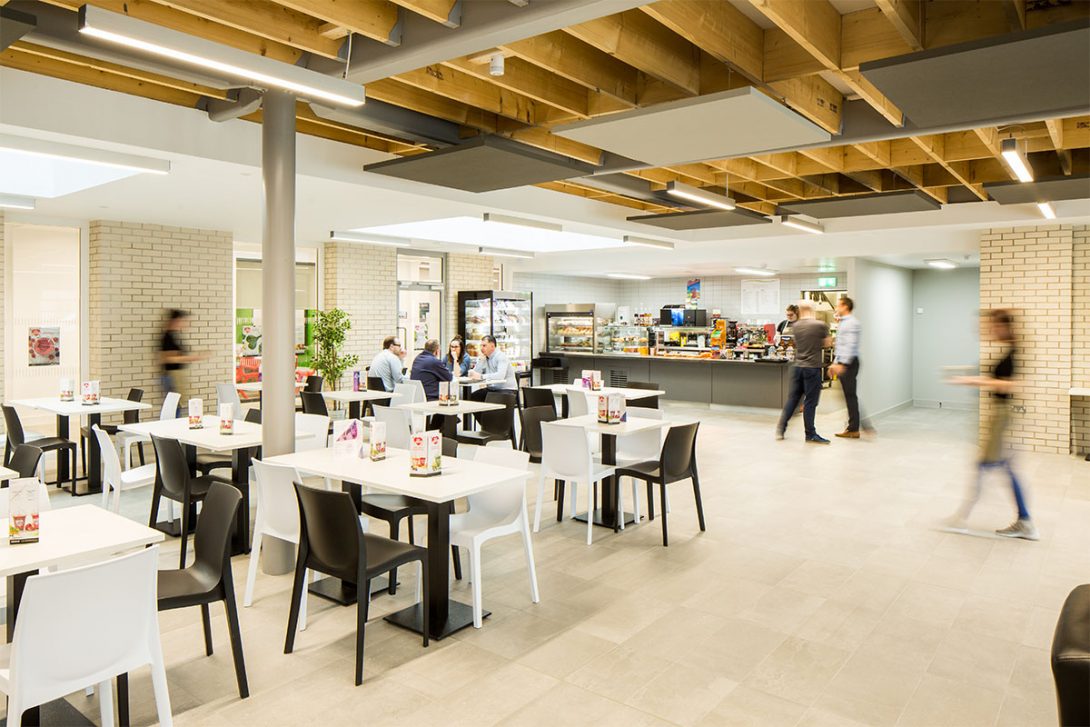 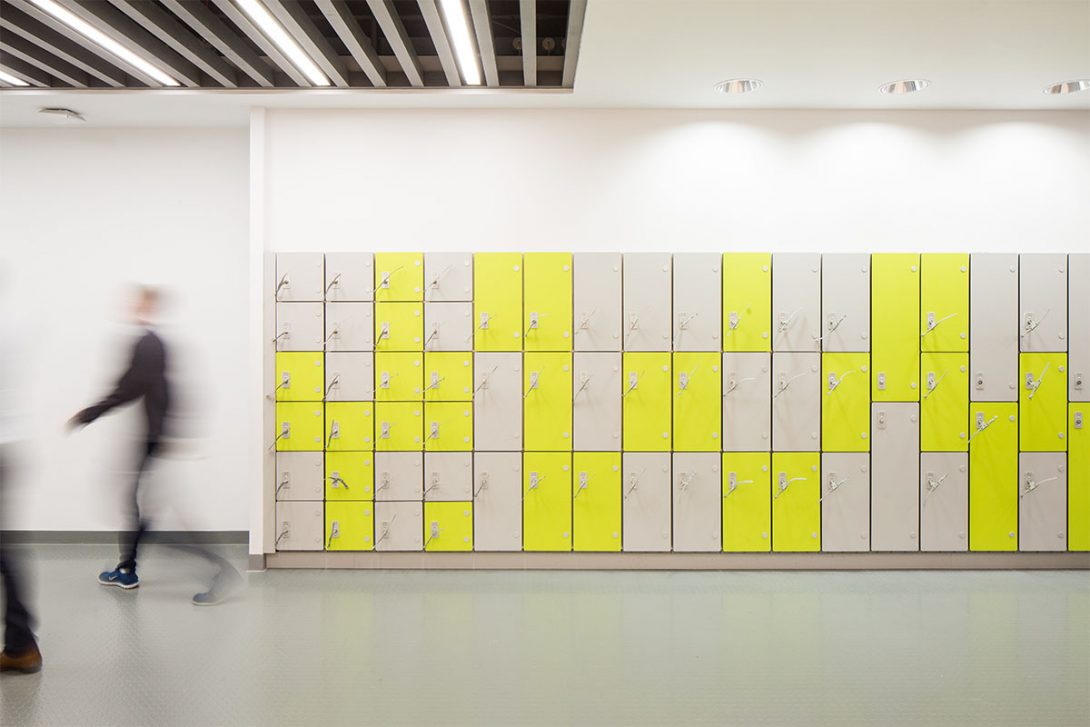 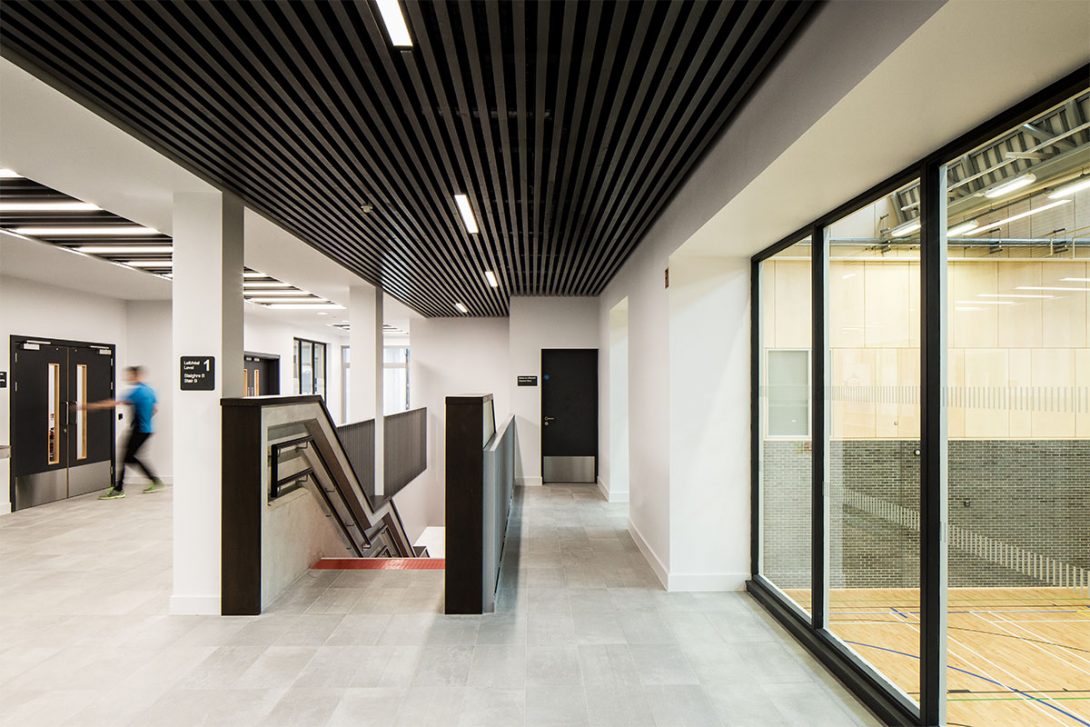 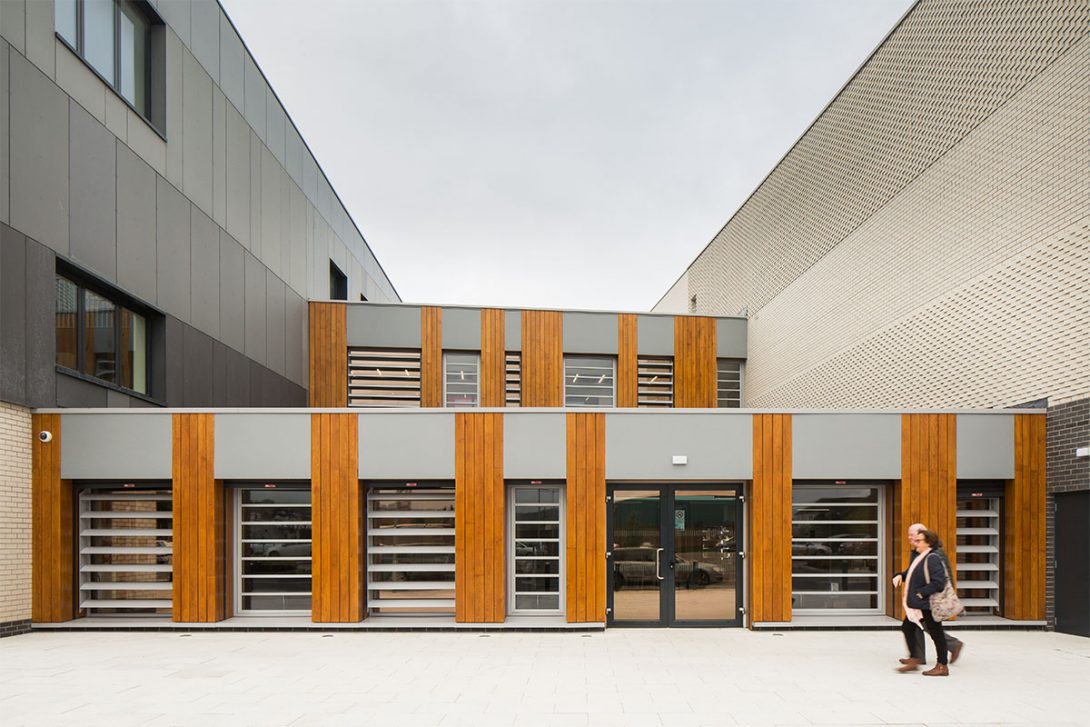 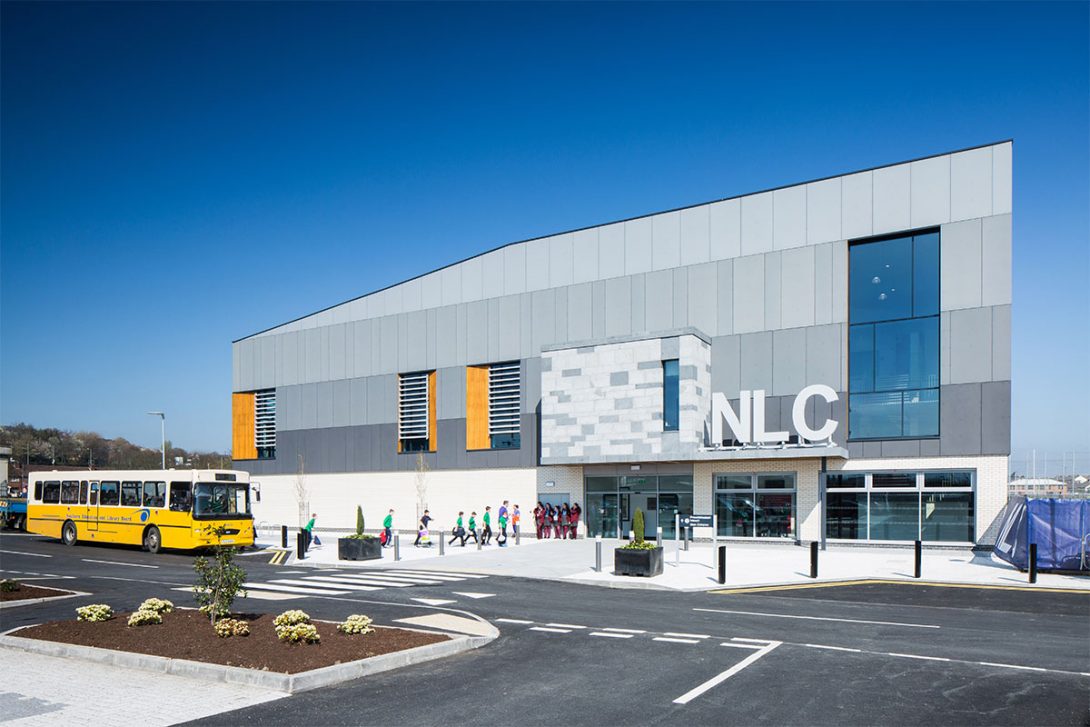 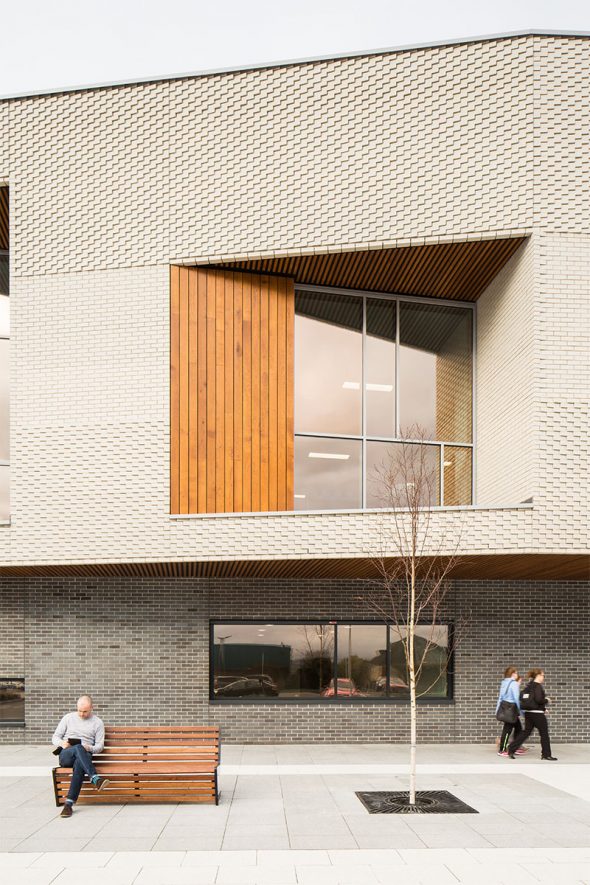 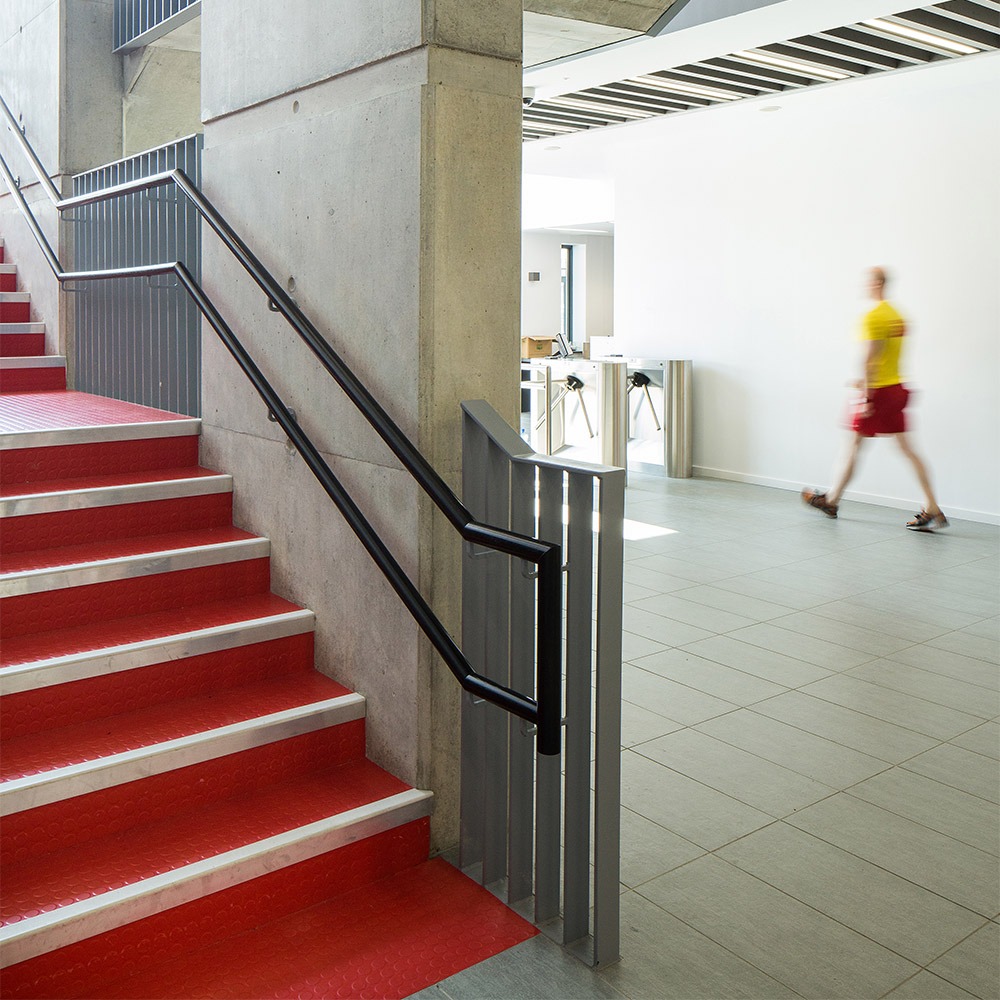 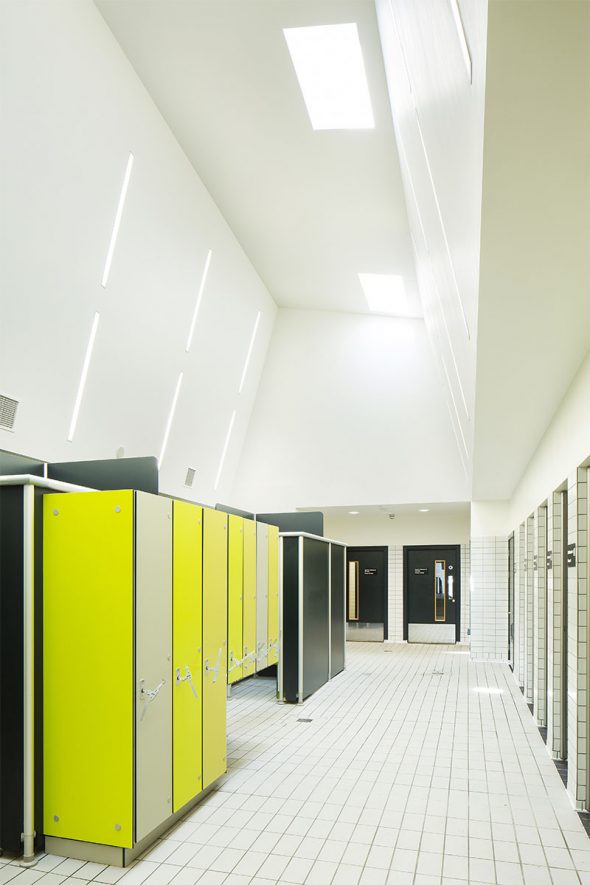 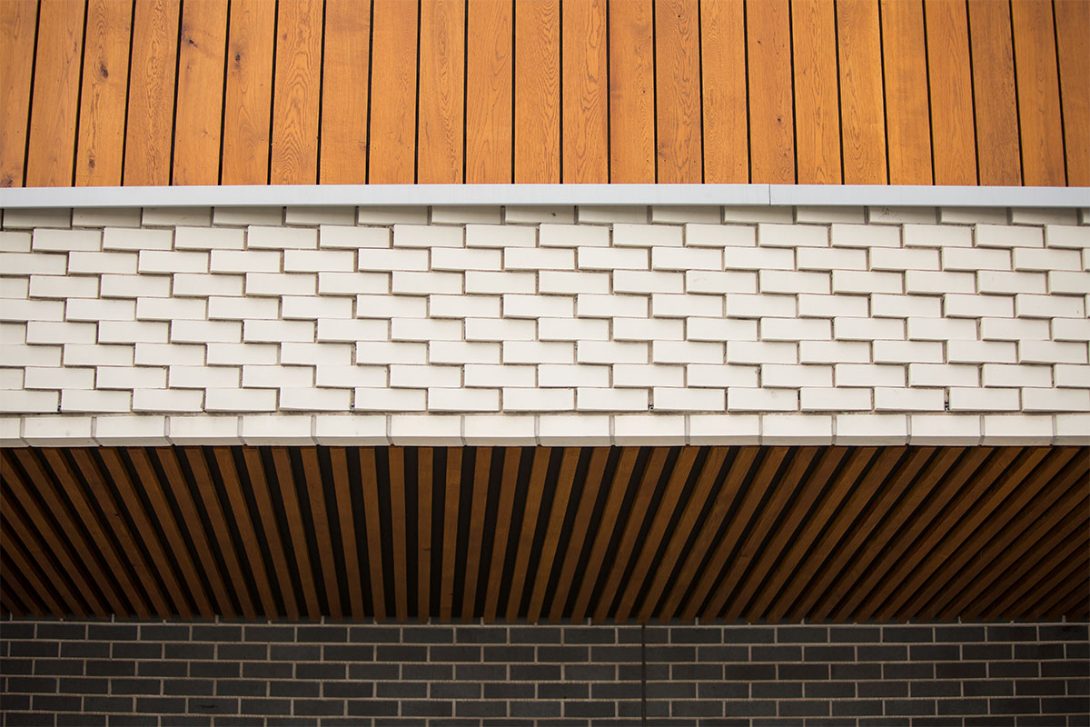 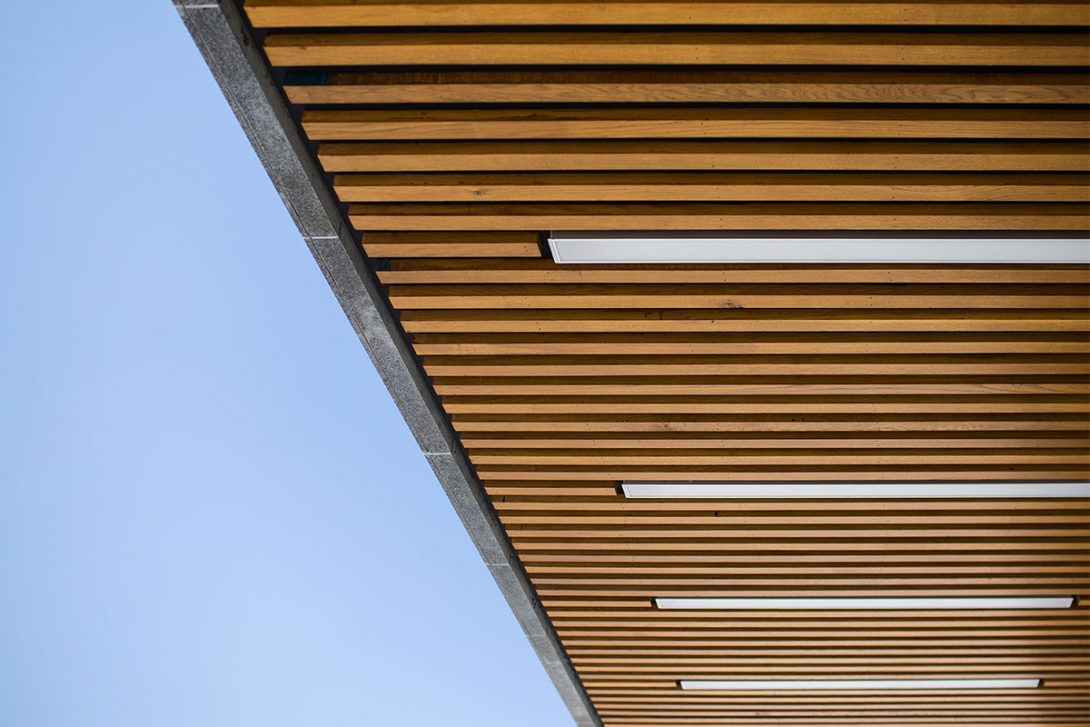 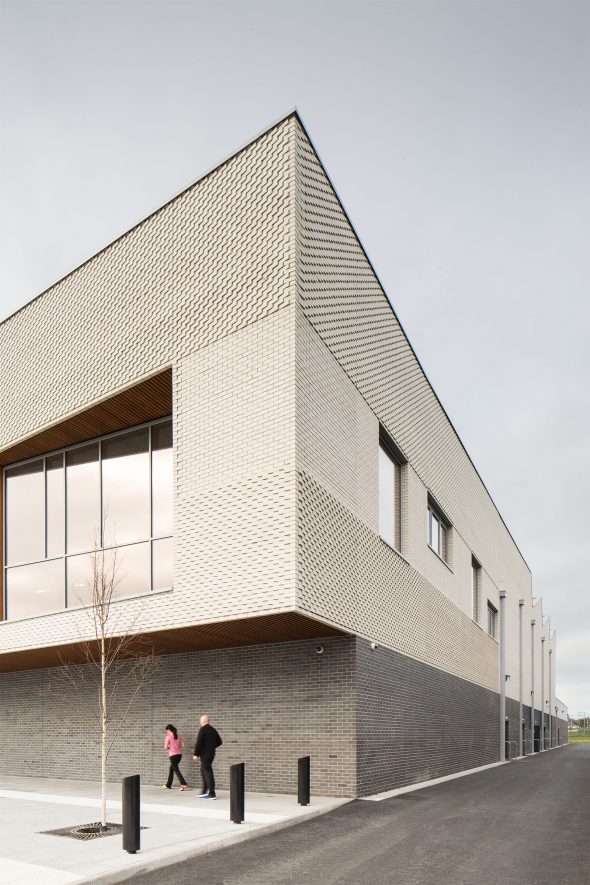 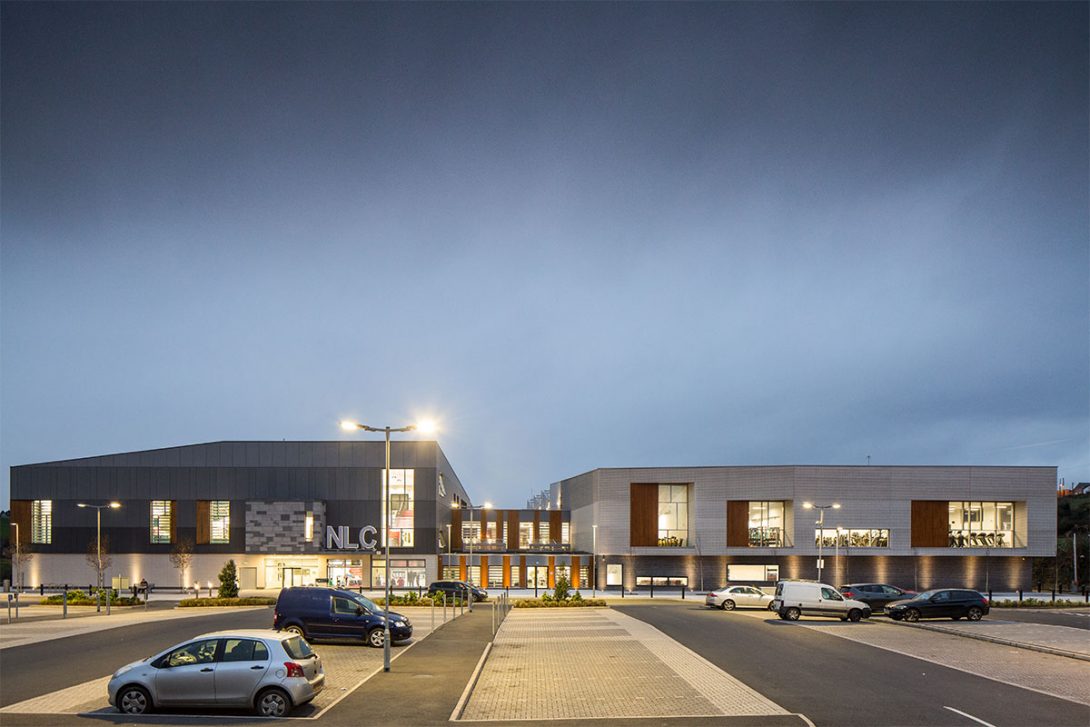 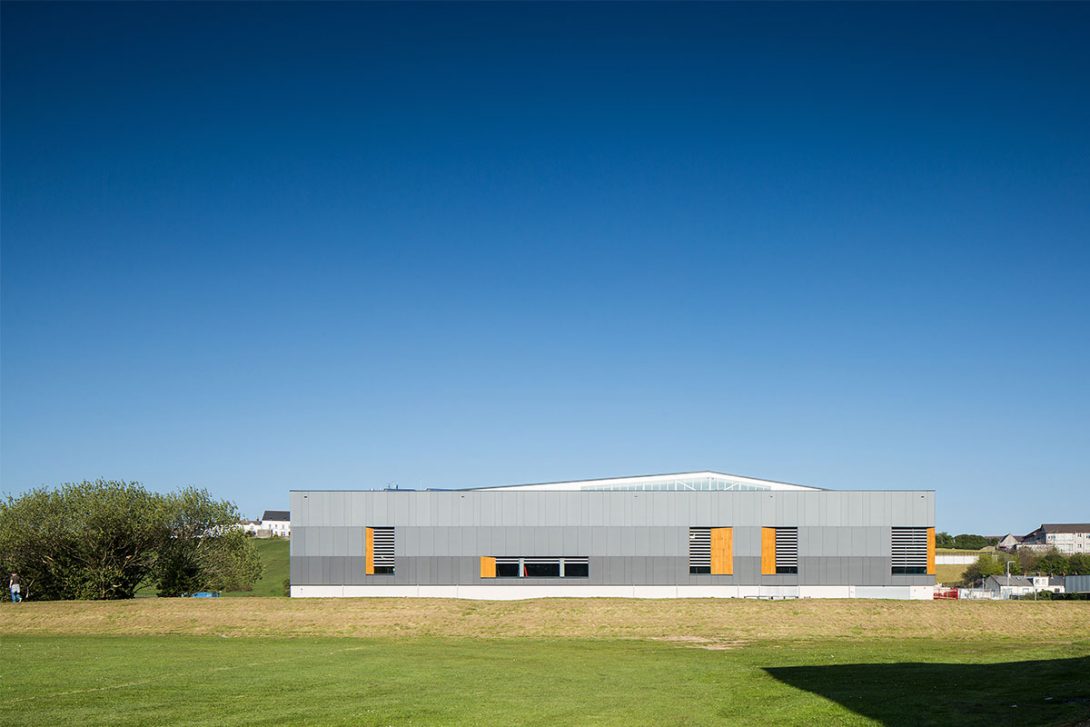